Already this year has seen a whirlwind of activity from both sides of the isle and from the President o the United States himself.  Here at The Policy and Taxation Group we strive daily to create momentum to see meaningful and lasting policy change.

In introducing her bill, Noem emphasized the tax’s harmful impact on families, with Noem recounting how her family got a notice from the IRS after her father died in a farm accident. “No family should have to go through what ours did, so I’m committed to seeing this tragedy tax finally repealed.” This legislation was accompanied by companion legislation ( S.205) in the Senate introduced by Senator John Thune (R-SD). Additionally, Rep. Mac Thornberry (R-TX) has also introduced repeal legislation (H.R. 198) in the 115th Congress. Introduced in the first week of the new Congress, Rep. Thornberry’s bill would also repeal the Gift Tax and has gained 60 co-sponsors. Sen. Thune (R-SD); on January 24, 2017 reintroduced his repeal bill (S. 205) in the Senate as a companion to Rep. Noem’s legislation.

As Treasury notes, “the regulations would have made it difficult and costly for a family to transfer their businesses to the next generation.

The proposed regulations (REG-163113-02), introduced in August, would limit the use of valuation discounts by family-owned businesses. These proposed rules would effectively increase estate and gift taxes on businesses by eliminating discounts for lack of control and lack of marketability. Given that “non-family entities” will still be able to make use of these valuation discounts, these proposed rules are targeted discrimination aimed at family-businesses by creating two distinct ways in which family and non-family entities are valued.

In response, Rep. Warren Davidson has introduced legislation (H.R. 6100) that would block funding for IRS work on the proposed rules. The measure goes a step beyond an earlier bill, H.R. 6042, introduced by Rep. Jim Sensenbrenner (R-Wis.), that would nullify the proposed regulations. Sen. Marco Rubio (R-FL) has introduced companion legislation to the Davidson bill in the Senate.
The Internal Revenue Service (IRS) issued much anticipated proposed regulations that would limit the use of discounts when valuing interests in family entities for estate, gift and generation-skipping transfer tax purposes. The gift and estate tax on affected family businesses will be 30-40% higher than under the current rules.

This marked the first vote on such legislation since April 2005, finally giving the estate tax repeal movement a glimpse of where support lies for repeal in the House. The House Ways and Means Committee released this statement ahead of the vote, noting:

After passing the House of Representatives, the Death Tax Repeal Act of 2015 was received in the U.S. Senate were it is accompanied by identical legislation (S.860) introduced by Sen. John Thune (R-SD) which has been referred to Senate Committee on Finance.On March 24, 2013, the Senate narrowly rejected an amendment offered by Senators John Thune (R-SD) and Roy Blunt (R-MO) which would have allowed for repeal of the estate tax by a vote of 46-53.  All Republicans except Sen. Susan Collins (R-ME) voted YES and all Democrats present except Sens. Max Baucus (D-MT) and Joe Manchin (D-WV) voted NO.  The Senate adopted another estate tax amendment offered by Senator Mark Warner (D-VA), the purpose of which was described as “to repeal or reduce the estate tax, but only if done in a fiscally responsible way”.  The Warner amendment was approved overwhelmingly by a vote of 80-19, with all Republicans and 35 Democrats voting in favor.

In order to understand the meaning of the Warner amendment, it is important to recognize how the two amendments differ.  Both amendments would have enabled the Senate to enact legislation providing estate tax relief under its budget rules provided the effort was accomplished in a deficit-neutral manner over both 5-year and 10-year time horizons.

However, the Thune amendment would have allowed the Senate to do so without raising additional revenue (meaning repeal could be paid for by cutting spending), while the Warner amendment only stipulated relief must be achieved in a “fiscally responsible way”, which could mean offsetting estate tax relief with other tax increases.  The other key difference is that the Thune amendment is focused exclusively on “permanently eliminat[ing] the Federal estate tax”, while the Warner amendment calls for potential “repeal or reduction of the estate tax”.

After a drawn-out public debate, the American Taxpayer Relief Act of 2012, or ATRA (H.R. 8) became P.L. 112-240 on January 2, 2013.  The final House vote was 257-167, with 85 Republicans and 172 Democrats supporting the bill and 151 Republicans and 16 Democrats against.  H.R. 8 passed the Senate by an overwhelming vote of 89-8.  The significant permanent changes made to the tax code with regard to estate, gift, and generation-skipping transfer (GST) taxes include:

Also, technical provisions of the 2001 Tax Act relating to the allocation of GST exemption, the inclusion ratio, conservation easements and the extension of time to pay estate taxes under section 6166 would be made permanent.  ATRA did not contain any of the harmful estate tax revenue raisers PATG opposes, such as the elimination of valuation discounts or restrictions on legitimate planning techniques (Enacted January 2, 2013). 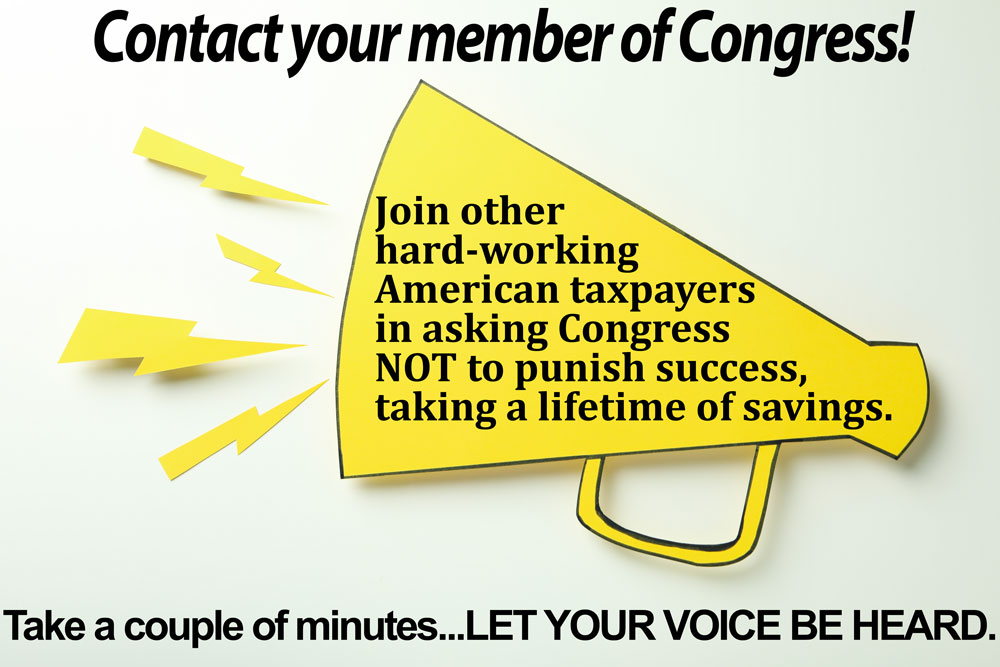