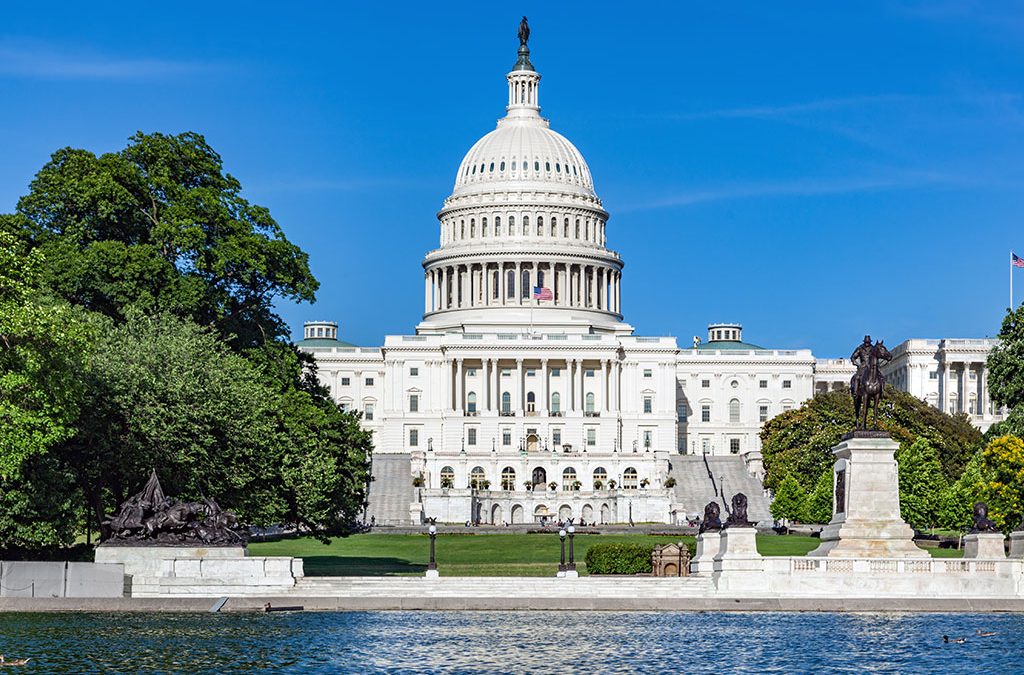 Yesterday, Senate Democrats proposed legislation to fund the federal government through Dec. 16 with the use of a continuing resolution (CR). The proposal would fund each agency at current FY 2022 levels until the December deadline, by which point lawmakers would need to pass a set of comprehensive appropriations bills or consider another short-term CR.

While lawmakers and President Joe Biden submitted several requests for supplemental funding in this CR, ultimately, only a short list of proposals were included in the final proposed bill. One such proposal that received bipartisan support for inclusion was additional aid for Ukraine to support the country in its war with Russia. The bill includes roughly $12 billion for assistance, a majority of which is allocated for the purchase of new weapons and intelligence support for the country. The potential CR also includes approximately $3 billion for miscellaneous natural disaster aid.

Previously included in the legislation was a controversial proposal from Sen. Joe Manchin (D-WV) to reform the U.S. energy permitting process through his Energy Independence and Security Act. This was likely included in the bill because of an agreement with Senate Majority Leader Chuck Schumer (D-NY) that was needed to secure Manchin’s vote on the Inflation Reduction Act in August. However, late on Sept. 27, Manchin requested that Schumer pull his permitting reform language from consideration as part of the CR.

Congress must pass a continuing resolution by Sept. 30 to avoid a government shutdown. At the time of this writing, the Senate is expected to vote on cloture of the CR later tonight. If the cloture vote meets the 60-senator threshold, the bill will advance towards a floor vote in the Senate and subsequent House consideration before the end of the fiscal year.

Treasury Slow to Announce Guidance on New Energy Tax Credits. Included in the recently passed Inflation Reduction Act (IRA) is nearly $400 billion in new federal expenditures for a broad range of energy and climate policies. Of this funding, the Joint Committee on Taxation estimated that over half would be spent on new and expanded tax incentives designed to expedite the transition to clean energy generation and increase domestic production. Now, with the bill signed into law, the Treasury Department will be responsible for providing most of the necessary regulations with input from the Department of Energy (DOE), the Environmental Protection Agency and the Department of Labor.

To date, Treasury has released almost no information on a potential timeline for when taxpayers may expect guidance concerning the implementation of the IRA’s energy sections. While many of the energy tax credits are relatively-straightforward extensions of current law, there are several key statutes that will require significant explanation. These include the implementation of completely new hydrogen and advanced manufacturing credits; the development of new rules concerning transferable and direct pay credits, especially those payable to non-taxpayers; and the creation of requirements around new prevailing wage and apprenticeship stipulations attached to some bonus credit amounts.

Furthermore, officials at Treasury have generally deferred most stakeholder requests for energy-related meetings. Reports indicate that Treasury has focused its limited bandwidth on preparing to administer the 15% book profits minimum tax that is scheduled to go into effect in 2023.

The most probable explanation for the absence of communication on energy tax guidance is that Treasury is still understaffed. Though it employs nearly 100,000 staff, about 80% of personnel are dedicated to the operation of the IRS, an agency that is also currently experiencing its own staffing issues. To remedy these shortfalls, the Treasury Office of Tax Policy, currently spearheaded by Assistant Secretary Lily Batchelder, is expediting hiring efforts with a focus on private-sector experts with experience in renewable-energy financing, among other key veterans of the energy industry.

Applications Open for New Hydrogen Hub Project. While the Treasury Department has yet to release significant guidance on energy tax incentives greenlit through the IRA (see above), earlier this week, the Department of Energy (DOE) released new information on ongoing efforts to allocate funding for a novel hydrogen hub project. The DOE regional clean hydrogen hubs (H2Hubs) initiative received $8 billion in total grant funding through the Infrastructure Investment and Jobs Act to develop at least four new hydrogen communities. Each community is expected to include technology to produce, transport and utilize low-carbon hydrogen.

On Thursday, the DOE Office of Clean Energy Demonstrations began to solicit applications for the first $7 billion in H2Hub funding. Of note, the funding opportunity mentions that the DOE is now hoping to, at least partially, fund between six and 10 hubs, and to the maximum extent practicable, it will try to select a wide array of projects that encompass several different feedstocks and end uses for the hydrogen. The first stage of the application process requires the submission of a concept paper outlining the applicant’s proposed project, potential timeline, risk analysis and overview of anticipated total cost and job creation. The deadline for applicants to submit concept papers is Nov. 7, 2022, and full applications for the program are due on April 7, 2023.

In conjunction with the opening of H2Hub applications last week, the DOE released draft guidance concerning the target lifecycle emissions requirements for produced hydrogen to be considered clean. The proposed guidance established a minimum lifecycle emissions target that is in line with the IRA’s new 45V hydrogen production tax credit at 4 kg of CO2e emitted per 1 kg of pure hydrogen produced. While this new Clean Hydrogen Production Standard (CHPS) is not touted as a regulatory standard, it is worth noting that it will likely be the baseline lifecycle emissions standard for any future hydrogen federal funding opportunities in the foreseeable future.

GOP Outlines Economic Agenda for Next Congress. Last Friday, House Minority Leader Kevin McCarthy (R-CA) unveiled the Republican’s new “Commitment to America” agenda. The document is intended to act as a comprehensive policy platform for Republicans running in the upcoming midterm elections, outlining several key legislative priorities that the party intends to pursue in the next Congress—especially if Republicans take control of one or both chambers.

The plan is broken down into four sections:

The first section of the agenda focuses on the GOP’s new economic plan—in particular, the document blames increased government spending under the Biden administration for exacerbating current inflationary pressures. To remedy these economic challenges, McCarthy suggests introducing deregulatory policies and tax cuts, including an extension of several business tax incentives that are currently scheduled to expire in 2025. McCarthy has also continuously rebuked Democrat’s commitment to funding the IRS with $80 billion in new spending, committing to introduce legislation to repeal funding for new auditors on the first day of the 118th Congress if Republicans take control of the House.

The agenda also describes several policies intended to increase domestic energy production. Notably, this includes policies intended to boost both renewable and fossil fuel energy generation methods. To accomplish this, McCarthy suggests the pursuit of policies to reduce the permitting process for new energy projects by 50%, a bipartisan proposal that has long been a top priority for Sen. Joe Manchin (D-WV). McCarthy also advocates for the sale of several new federal sites to oil companies to increase domestic fuel production.

Throughout the agenda, McCarthy notes China’s perceived dominance in the global supply chain, recommending that legislators take steps to cut off the country from U.S. markets and resources. Included in this strategy is a suggestion to bolster domestic manufacturing and increase U.S. global agenda competitiveness.

Our thanks to Brownstein Hyatt Farber Schreck for this report. Read more and the summaries.