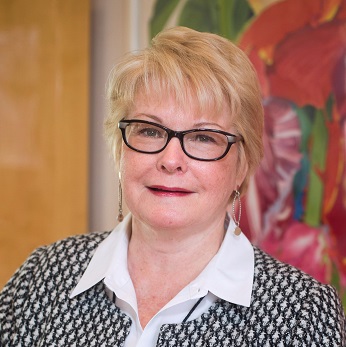 IWF is pleased to announce that Pat Soldano, perhaps the most important leader in the country fighting to kill the “death tax,” is the latest entry in our popular series of Champion Women profiles.

It’s a good time to be talking to Pat. President Biden has plans to breathe new life into the death tax. Pat will be key to how that project fares.

Although it brings in surprisingly low revenue for the U.S. Treasure, the “death tax” has its fans.

Elimination of Step Up in Basis could destroy your business!

Learn More and What You Can Do

Several famous members of the billionaires’ club are the vocal advocates for higher estate taxes. Bill Gates, Warren Buffett, and Michael Bloomberg reap enormous favorable publicity by calling for higher estate taxes. Indeed, when it comes to the estate tax, they seemingly echo Oliver Twist, begging, “More, please, sir, more.” But that doesn’t mean the virtuous billionaires themselves are actually going to pay the estate tax.

“It’s not the Bill Gates or the Warren Buffetts who are affected,” says Soldano. “First of all, they’re not going to pay it. Warren Buffett admits his family is not going to pay this tax, ever. He just thinks it’s good for other people to pay the tax. So, I get really incensed when I hear this from the very wealthy. Yes, the very, very wealthy often do pay this tax, but they are not the people that it really hurts. The people it really hurts are the people in this country who are creating businesses and generating jobs.”

As president of Family Enterprise USA, a nonprofit advocacy organization founded in 2007, Pat Soldano has made it her mission to help family businesses remain afloat and in the family. Soldano has been working since she was 16, when her boss at a five and dime company helped her learn bookkeeping and accounting.

She makes a moral argument against the death tax and, while doing so, also weaves fascinating stories about the effects of the tax on real people.

Are you an PATG Supporter? If not, get in on the movement today!