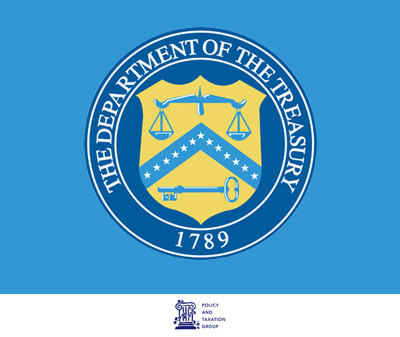 Our voices have been heard! See below for an article on the sizable number of businesses and trade groups that have signed on to the letter against the proposed regulations under Section 2704.
Thousands Ask Treasury To Kill Estate Transfer Proposal
By Vidya Kauri
Law360, New York (September 28, 2016, 7:22 PM EDT) — More than 3,800 family-owned businesses and trade groups have called on U.S. Treasury Secretary Jacob Lew to withdraw controversial regulations that have been proposed to prevent the undervaluation of transferred interests for estate tax purposes, according to a statement Wednesday from the National Association of Manufacturers.

NAM released a letter with more than 50 pages of signatures urging Lew to pull the proposed regulations, which tax practitioners and estate planners have been quick to reprove for purportedly ignoring the economic realities of transferred interests in closely held businesses.

The regulations, which were announced in early August, will have a detrimental effect on family-owned businesses because they could increase estate and gift taxes by 30 percent or more, divert capital from business investment, threaten jobs, and force families to sell their businesses to outsiders, Wednesday’s letter said.

“These proposed regulations would throw the succession and estate planning of thousands of family-owned manufacturers into disarray, increase tax bills and impose additional planning and legal costs on these businesses, drawing valuable resources away from the ability of family businesses to grow, invest and create jobs,” NAM said. “It is critically important that Treasury withdraw these ill-conceived regulations as soon as possible.”

Experts have said the proposed rules are exceedingly complex, lack clarity, are possibly beyond the agency’s regulatory authority and may be going against legislative intent. At their very core, the rules would allow the IRS to disregard reductions in the value of business interests caused by limitations on a shareholder’s ability to liquidate them. The rules would also introduce a new class of “disregarded restrictions” that would be not be considered at all, such as limitations on the time and manner of the payment proceeds.

NAM explained Wednesday that if a family member owns a minority share in a company, the IRS currently discounts the share value because the owner lacks control of the business and there is no ready market for these shares.

However, the new rules would limit the use of these minority discounts in family businesses and increase the estate tax bill by artificially inflating the value of minority shares, NAM said.

“At the heart of the August proposal is the flawed concept that a minority valuation discount should not apply in family-owned businesses because a family acts as one entity regardless of who actually has control,” NAM said. “Indeed, IRS is unfairly targeting family-owned enterprises based on the erroneous assumption that families operate in complete unanimity.”