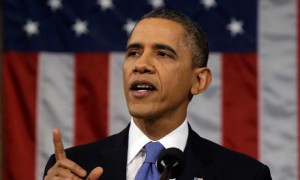 This week, President Obama released his budget proposal for Fiscal Year 2016, outlining his spending and tax agenda for the coming year. As with previous proposed budgets, the outline relies heavily on more than $1.5 trillion in new taxes, mostly on high income and high net worth Americans to fund deficit reduction, new and expanded tax cuts for low- and middle-income families and new spending on infrastructure, education and research programs.

Among the many new taxes proposed in the tax section of the budget proposal known as the “Greenbook”, the President calls for over $400 billion in higher death taxes through nine new policy changes.  All except the new “double death tax” the President proposed in his recent State of the Union address were included last year in the FY 2015 Greenbook. For an in-depth analysis of that proposal, please click here.

One very notable omission is the fact that the budget, for the third year in a row, does not call for eliminating valuation discounts. This omission leads many to suspect the Internal Revenue Service (IRS) intends to eliminate or curtail this legitimate planning method through regulation.

Below is a list of the provisions from the budget impacting estate and generation-skipping transfer taxes (GST). Below each provision is the resulting new revenue or “score” from the current budget versus the FY 2015 proposal.  More detail on each of these proposals may be found in pages 193-206 of the FY 2016 Greenbook linked above. The “double death tax” provision is on page 156. All values are over ten years.

Additionally, the budget calls for the implementation of the “Buffett Rule”, referring to it as a “Fair Share Tax.” This new tax on upper-income earners would raise $35.2 billion. While these proposals have little to no chance of enactment through the legislative process, it is significant in that it reflects the Administration’s policy priorities for the remainder of the President’s second term and indicates that while recent estate tax relief is protected by current law there remains significant interest in revisiting the issue.