Millionaires lobby to raise their own taxes 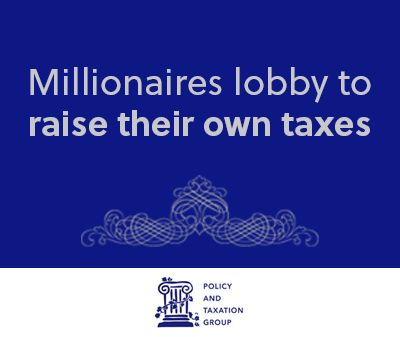 We thought this story about the launch of a potential rival lobbying organization featured in Politico would be of interest to you.