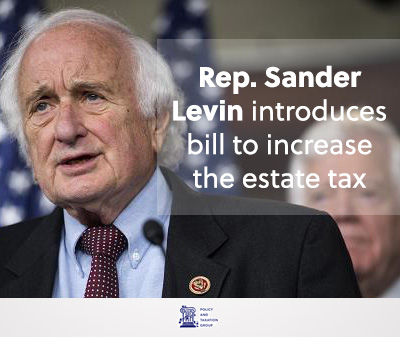 Rep. Sander Levin, the top Democrat on the House Ways and Means Committee, recently released a new bill that brings back the estate tax parameters from early in the Obama administration – a $3.5 million exemption, and a 45 percent top rate. That’s moving in the other direction from Republican presidential candidates and lawmakers, who generally want to get rid of the estate tax. Both Hillary Clinton and Bernie Sanders, the Democratic presidential candidates, back returning to the $3.5 million exemption. But Sanders’ top rate would be 65 percent (only for billionaires), while Clinton backs the 45 percent figure.
We will keep you updated on activity surrounding the bill and any other relevant information.