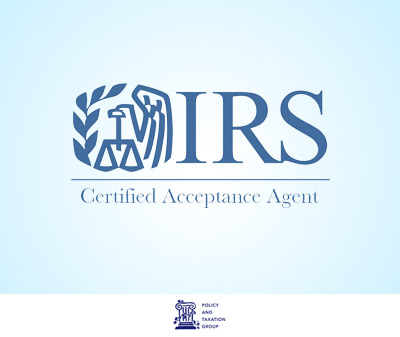 BNA Tax Report
The IRS may face an uphill battle as it works to finalize recent proposed regulations meant to curb certain estate and gift tax planning tactics, according to practitioners.
The proposed regulations (REG-163113-02), issued Aug. 2, place limitations on the use of valuation discounts that reduce the overall value of assets in family-owned businesses, thus lowering a decedent’s estate and gift tax liability at death. The Internal Revenue Service achieves that end in the rules by disregarding restrictions that enabled taxpayers to use such discounts in the past (149 DTR G-4, 8/3/16).

Practitioners said taxpayers and their advisers are sure to bring up several arguments against the IRS rules in comments and at a scheduled Dec. 1 hearing. A significant part of the discussion will revolve around whether the IRS has overstepped its authority by issuing these regulations-something that could be addressed in U.S. Tax Court if the rules are finalized as is, practitioners said.

Under tax code Section 2704(b), the Secretary of the Treasury may provide regulations to disregard other restrictions besides what is already mentioned in the statute to determine the value of an interest in a corporation or a partnership, “if such restriction has the effect of reducing the value of the transferred interest for purposes of this subtitle but does not ultimately reduce the value of such interest to the transferee.”

Stephen Dyer, a partner at Baker Botts LLP, said the clause, “but does not ultimately reduce the value of such interest to the transferee,” is important to note in determining whether the rules have gone too far.

The way the statute is written, if there is a restriction on the value of an interest in a family-owned entity-meaning it can’t be liquidated-then the restriction has to be reducing the value for tax purposes but not the value in the transferee’s hand, in order to be ignored, he said. In the example, both of those requirements are not being met because “I’m still stuck with a 10 percent interest,” he said. “So that’s an argument that suggests that the statutory authority doesn’t mean as much as the Treasury thinks it does,” Dyer said.

Another reason to question whether Treasury and the IRS have overstepped their authority is to look to past Obama administration budget proposals, according to Dyer.

“For years the Obama administration had legislative proposals to expand this statute in the Greenbook,” he said. “And for whatever reason, the administration abandoned the efforts to expand this statute and has decided to pursue this through regulations. It makes you wonder if they thought they needed legislative cover in the first place,” he said.

Robert Strauss, a shareholder at Weinstock Manion in Los Angeles, said: “It’s always unclear whether the IRS has authority to create regulations in a space where there weren’t necessarily regulations before, and the IRS would have to argue that the existing regulations contemplated taking this kind of action and therefore the IRS actually has the authority to do this.”

However, when looking back at the legislative history of Section 2704, which was enacted in 1990, Congress expressly said it was not trying to get rid of all valuation discounts, but simply wanted to do away with transactions that were intentionally abusive, he said.

Practitioners have to ask themselves: “Are these regulations consistent with trying to get rid of perceived abuses, and therefore are contemplated by what was done years ago, or do these regulations go so far to do away with the kinds of things that the legislative history said we’re trying to keep, that the regulations are not valid,” Strauss said Aug. 4.

Dyer said the rules do, in fact, go beyond Congress’ original intent. “I really feel like Treasury has gotten out in front of their headlights on this.”

Jonathan Blattmachr, a principal in Pioneer Wealth Partners’ estate planning advisory group, said in terms of authority, the IRS and Treasury “will be ‘viciously’ attacked by taxpayers and their advisors.” But the Tax Court may uphold the regulations under the deference doctrine that was set forth 30 years ago by the U.S. Supreme Court decision in Chevron U.S.A., Inc. v. Natural Res. Def. Council. In the case, the court established a legal test for determining whether to grant deference to a government agency’s interpretation of a statute that it administers.

On the matter of the elimination of valuation discounts, Blattmachr said the proposed regulations “would seem to eliminate minority (or lack of control) discounts for all family ‘controlled’ entities including active businesses.”

McGuireWoods LLP explained this phenomenon in an Aug. 4 legal alert.  Section 2704(a) treats the lapse of a voting or liquidation right in a family-owned entity as a transfer by the individual holding the right immediately before it lapses.

“The current regulations exempt such a transfer if the rights with respect to the transferred interest are not restricted or eliminated,” the alert said. But the proposed regulations would deny that exemption for transfers occurring within three years before the transferor’s death if the entity is controlled by the transferor and the transferor’s family immediately before and after the lapse.

“Although the informal legislative history of section 2704 states that the enactment of section 2704 in 1990 was not intended to eliminate minority or lack of control discounts, the proposed regulations apparently would now have that effect in some cases,” the alert said.

Lori Douglass, a partner at Moses and Singer LLP, said it is too soon to tell if these rules mark the “death” of valuation discounts in family-owned or closely held businesses because they aren’t finalized.

Strauss echoed those claims. “As well versed as we are, I don’t think we really understand what these words mean or say, and I think there’s a huge amount of ambiguity.” He said there are several provisions the IRS needs to clarify in order to understand how far-reaching these rules actually are.

Dyer said he is also wary of the rules’ disregard for state law.

At the core of the regulations, “if an entity-whether it’s a corporation or a partnership-if it’s family-owned, then we’re going to disregard the rules of state law that require either a supermajority or unanimous vote to liquidate the entity or to let an owner withdraw,” Dyer said.

“In almost every state law, that’s how partnership and corporate law is written-to dissolve the business entity takes a big vote,” he said.

The rules will ignore the default state law and say, ‘If the family owns it, we’re going to pretend like they can dissolve it whenever they want to so everybody has full underlying liquidation value in their hands, at all times,” he said.

In the past, state law set forth the default rules, and a family-owned entity could modify those in its governing documents.

If the law was modified to be more restrictive on liquidating and therefore depressed the value of an asset, then the IRS would ignore it, he said. “And that makes sense,” he added.

“But to just ignore normal state corporate law and partnership law and LLC law is extreme,” he said.

Even though the proposed regulations include an exception that says restrictions required by federal and state law-meaning they can’t be superseded by the family in the entity’s governing documents-will be observed, that is not enough, Dyer said.

That exception has little impact in the real world, he said. “That exception is really a red herring. They’ve narrowed it so much, they’ve rendered it meaningless.”

Robert Kovacev, a partner at Steptoe and Johnson LLP, said if practitioners can successfully argue that changes the IRS has made in its rules don’t make sense in real-life scenarios, they could be facing a similar situation as in the Tax Court case Altera Corp. v. Commissioner. In the Altera decision, the court struck down 2003 IRS regulations that called for parties to cost-sharing agreements-related parties-to include the cost of options and other stock-based compensation in the pool of shared costs.

The court concluded that the rules were invalid because Treasury ignored comments from practitioners who said unrelated parties never share the cost of stock-based compensation in real-life scenarios. Because the department couldn’t explain why it didn’t consider the comments, the court said it had violated the Administrative Procedure Act (22 DTR G-4, 2/3/16).

“If you talk to anyone in business valuation, like someone who appraises businesses for a living; anyone who appraises businesses with partnerships, they’ll tell you that you really should have some sort of discount” on the valuation of an asset in a closely-held business because of the restrictions and lack of marketability that make the interest harder to sell, Kovacev said. If members of industry submit comments to the IRS expressing these concerns, the agency will be pressured to respond or risk being out of compliance with the APA, he said.

Kovacev said he sees other parallels because, like in Altera, the proposed valuation discount rules seem to be an attempt to reverse Tax Court decisions the IRS didn’t agree with.

He pointed to Kerr v. Commissioner as an example.

In that case the court ruled that in valuing interests in closely-held family partnerships, tax code Section 2704(b) does not bar taxpayers from applying a marketability discount to transferred asset.

“Reversing IRS losses in court is not a sufficient justification for issuing regulations,” Kovacev said.

Dyer said the proposed regulations are a court case waiting to happen. If Treasury and the IRS “don’t scale it back, it’s going to be in front of judges. It’s just a matter of time,” he said.