Each American Dream Op-Ed featured in The Hill 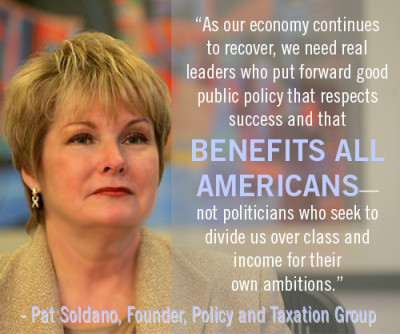 We would like to share with you Each American Dream’s latest op-ed, authored by our Chairman Pat Soldano and published last week in The Hill. Pat discusses the need for Congressional action on comprehensive tax reform and the negative impact of Presidential candidate Sen. Bernie Sander’s (I-VT) call to raise estate tax rates. An excerpt of our op-ed along with a link to the full article is provided below:
Sanders’ bill would raise death tax rates from their current levels of 40 percent to a top rate of 65 percent for some families. Additionally, the bill would lower the exemption level by nearly $2 million, greatly increasing the number of individuals liable for paying the tax. Gratefully, we know the bill is merely a campaign stunt. And it stands in sharp contradiction to April’s successful, bipartisan House vote that would have repealed this burdensome tax altogether.
You can view the full article here.