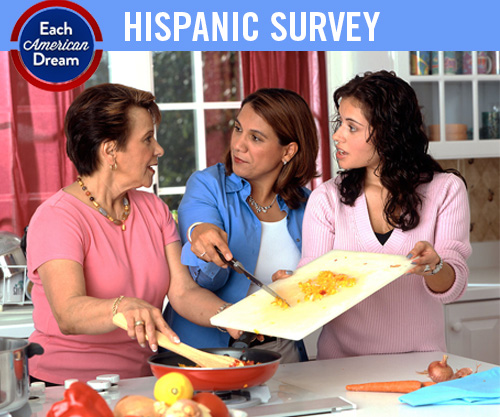 Each American Dream recently received back the results from our national survey of Hispanic voters and would like to share some early key insights with you!
An interesting finding from our study was the large disconnect between the values and political affiliation among Hispanic voters. While 50% of our poll’s respondents self-identified as Democrats, only 24% described themselves as liberal compared to 27% considering themselves to be conservative. Additionally 46% of respondents identified themselves as moderate.
The Hispanic community is open to arguments in favor of economic freedom and the existing disconnect is due to a treatable problem of perception rather than disagreement with fiscally conservative values.
Specifically in regards to the estate tax, the results are exciting: On the initial question of repeal, 52% of Hispanic voters support eliminating the estate tax altogether in addition to 65% of respondents describing the tax as an unfair tax. In comparison, only 39% of respondents were opposed to estate tax repeal and only 28% described it as a fair tax. These numbers only improved when respondents were given the arguments on both sides of the estate tax and were informed of the current tax and exemption levels. At the end, 59% of Hispanics supported total repeal of the death tax – a 10% swing!