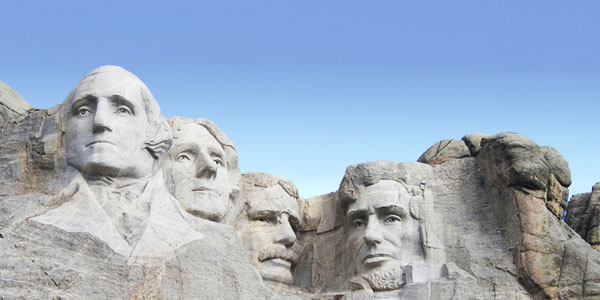 President Trump on Friday renewed his calls for a broad payroll tax cut as part of a “phase four” coronavirus relief package to ease the economic pain caused by the pandemic.

According to the latest delegate count, former VP Joe Biden is leading with 1,217 delegates to Senator Bernie Sanders’s 914. Because many states moved their primaries out of April, the former VP is expected to officially hit the 1,991 delegate threshold on June 2. All of this is now moot as Senator Sanders has conceded he cannot win the nomination, and while he isn’t technically “running” for president going forward he’s still actively trying to garner at least 25% of the delegates so he can force changes to the party rules and platform.

Plan to Pay for Student Loan Forgiveness
It’s no secret that Democrats weren’t huge fans of some of the provisions in the CARES Act, H.R. 748 (116), that they believe are too generous to the business community. Former Vice President Joe Biden, now in line to take on President Donald Trump this fall, proposed to pay for a broad plan to forgive student loan debt by rolling back the parts of the law that allow pass-through businesses to carry back losses and suspend limits on owners using business losses to offset other income.

Biden, at virtual event as presumptive nominee, suggests Kamala Harris will play a big role in his campaign
At a virtual town hall just hours after Bernie Sanders dropped out of the presidential race, Joe Biden suggested that one-time rival Kamala Harris may play a big role in his campaign going forward. Seemingly teasing the running mate chatter, Biden added: “I’m so lucky to have you be a part of this partnership going forward. Working together, we can make a great deal of progress. … I’m coming for you, kid.”

Sanders drops out of 2020 Democratic race for President.
Senator Bernie Sanders of Vermont ended his presidential candidacy on Wednesday, concluding a quest that elevated him as a standard-bearer of American liberalism and clearing the way for a general election between the presumptive Democratic nominee, Joseph R. Biden Jr., and President Trump at a time of national crisis. In a live-streamed speech, Mr. Sanders, eloquent but without his characteristic spark, cast his decision in the broader context of the fight against the coronavirus. “I cannot in good conscience continue to mount a campaign that cannot win and which would interfere with the important work required of all of us in this difficult hour,” Mr. Sanders said, adding, “While this campaign is coming to an end, our movement is not.” If Mr. Biden, the former vice president, can now lay claim to the Democratic nomination, he still faces considerable challenges in uniting the party and mobilizing a broad base of voters for the November election. Unlike Mr. Sanders, Mr. Biden inspired little enthusiasm among young voters, nor did he develop signature policy proposals. He triumphed because many voters rejected Mr. Sanders’s policy agenda as too far to the left and prohibitively expansive, and were convinced that Mr. Biden had the best chance to beat Mr. Trump in November.

Sanders drops out, paving way for Biden
Sen. Bernie Sanders (I-Vt.) is dropping out of the Democratic presidential race, paving the way for former Vice President Joe Biden to win the 2020 nomination. Sanders was unable to build on his early momentum in the race after wins in New Hampshire and Nevada as well as virtual tie in Iowa, going on to lose a string of states to Biden after the former vice president consolidated the support of moderate Democrats.