Business is ‘popping’ during the pandemic for fifth-generation popcorn company 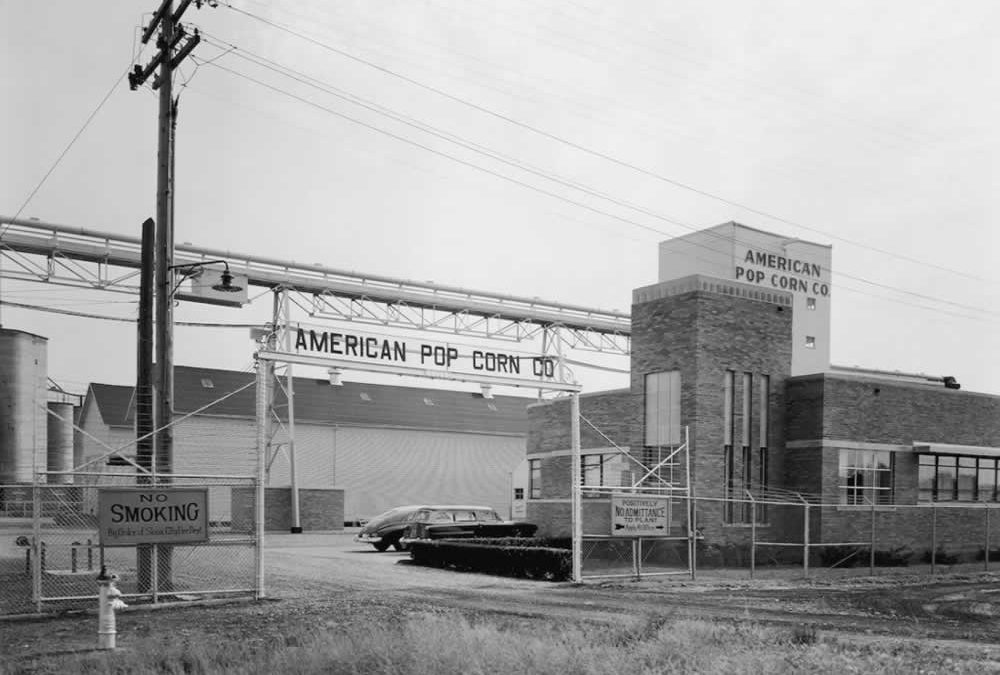 As soon as people nationwide began staying home to prevent the spread of COVID-19, they began watching movies.

And then, they started popping popcorn.

That has been a bright spot amid the pandemic for JOLLY TIME Pop Corn, a century-old family business based in Sioux City.

And that’s just the company’s microwave popcorn lines. Its raw kernel business has more than doubled.

“People are digging out the skillet or the old popcorn popper, and Mom’s teaching a new generation to pop the popcorn,” Smith said.

His own family is now entering its fifth generation of the popcorn business his great-grandfather Cloud founded in 1914.

“He was a real entrepreneur, a drugstore owner and a pharmacist who also started a phone company,” Smith said.

He also was a farmer, who had grown up on a farm in Iowa with a father who operated a seed store. Cloud used his business earnings to buy farmland in Sac County, Iowa, where he grew popcorn. When buyers offered him less than he wanted, “he hauled it to his basement in Sioux City and shelled the first crop by hand,” Smith said.

JOLLY TIME had been born. In the early days, it was sold on street corners in downtown Sioux City and eventually in theaters. The brand really took off once it was packed in 10-ounce cans and sold into supermarkets nationwide, which were just developing in the 1920s as a place to sell canned goods.

“So we established a brand early on in the ’20s and ’30s, and it’s been advertised continually,” Smith said.

His grandfather Howard, who was in high school when the company was founded, helped get it started.

“In a way, he was a co-founder and worked here his whole life, and my grandfather had two sons who worked here their whole lives,” Smith said.

He and his cousin Carlton now are co-CEOs.

“When I started 40 years ago, we were selling more raw kernels in polyethylene bags, and then our whole world changed dramatically in the 1980s when microwave popcorn became a dry grocery product, and we were at the forefront of that,” he said.

The microwave popcorn category took off, and so did JOLLY TIME.

“We were well-positioned, so we grew a great deal in the 1980s, and it’s all been under the JOLLY TIME label,” Smith said.

The company now sells many varieties of microwave popcorn, from classic butter to simply sea salt to sweet and savory flavors along with bags and jars of yellow and white kernels. JOLLY TIME does some business with theaters and institutions, but most sales are in the grocery industry.

“So we’re feeling this surge in business from all grocery accounts, all retail accounts, even farm stores and a little bit in drugstores,” Smith said.

“Every food category had a big surge in mid-March and snack foods especially did well. But now that things are six weeks along, many of those snacks have retreated to near what was normal, but popcorn has not. Popcorn has stayed at this elevated level throughout, and this isn’t just a JOLLY TIME thing. This is a category trend.”

With more than 100 years of history, though, JOLLY TIME has a sense of what to expect and how to meet the demand.

“In my 40-year career, I’ve seen it before when there are recessions,” Smith said. “Bad times are good for popcorn sales. We saw it in 2000 and 2008. People’s lives slow down, and popcorn is inexpensive relative to other foods. It’s a comfort food. So we tend to do well when people slow down.”

The 170-person business is stretching to keep up, though.

“So far, we’ve done an exceptionally good job considering how quickly this came about,” Smith said. “But it’s starting to catch up with us. We’ve already ordered a new machine to pack bags because I’m convinced it’s not going to go back to what it was. Sales are going to end up at a much higher level.”

With microwave popcorn production, the company is trying to adjust to spread out labor so workers can get a bit of a break.

“Those are happy problems, but we do have to sort those things out to give our people some relief,” Smith said. “God bless them, they have really come through, and they take pride in it. They take pride in being part of the JOLLY TIME family, and they’re proving it big time, and it’s really fun.”

JOLLY TIME also has a long history of treating its employees like family, with an annual bonus program that dates back to 1941.

Because of its strong foundation and intentional transitioning for decades, the family business was positioned to take advantage of this opportunity, Smith added.

“It’s a commitment,” he said. “Unwavering commitment to the popcorn category, the JOLLY TIME brand, to our employees. It never waivers, and it doesn’t matter if times are good or times or bad. I’ve lived through both a few times in my 40 years, but we never took our eye off the ball.”

JOLLY TIME also shares its experience as a family business and supports others through its membership in the Prairie Family Business Association.

“We’ve been honored to have the Smith family share their expertise through our annual conference and are proud of their success,” said Stephanie Larscheid, executive director of the Prairie Family Business Association.

“They are thriving today because of the hard work of generations of family members. They’ve innovated throughout the years to meet the needs of customers, and that is what they are doing today to thrive through this pandemic.”

JOLLY TIME is still mindful of its future too. Smith’s two sons, age 29 and 32, both work in the business. The family has enhanced its governance and communication as it has transitioned, “and we’ve had the commitment of the fifth generation that they want to hold it together, and they’re proud of the brand,” Smith said.

“I went away to college and didn’t know if I was going to come back to the family business, but I figured it out somewhere along the line because I never took a job interview. And it was the best decision I ever made. Both my boys see the same opportunity.”