As Congress debates repeal of the estate tax, why not consider ending the gift tax? 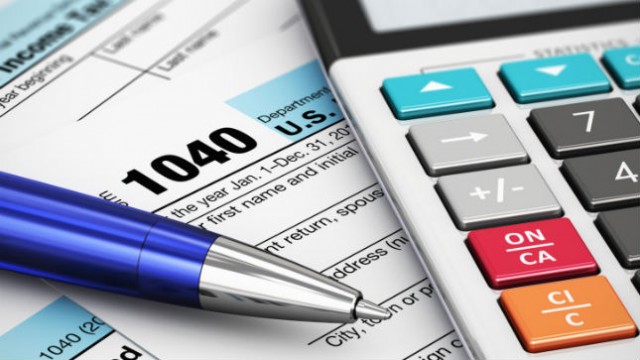 With tax reform now in the spotlight of political debate, repeal of the “estate” or “death tax” has moved to the front burner of tax reform proposals currently under consideration; unfortunately, many of these proposals do not include repeal of the gift tax.

The death tax is infamous for the damage it has caused, especially to family businesses across America.

In fact, a May 2016 Gallup poll, showed that more than half (54 percent) of Americans support repealing the death tax entirely; while only 19 percent support keeping the tax. The same poll shows that repealing the estate tax ranked highest in public support amongst all proposed tax cuts. It’s no surprise why repeal of the death tax has been a key component in nearly all of the Republican tax proposals, including those from President Trump and Speaker Paul Ryan (R-Wis.).

However, often lost in the weeds of repealing the death tax is the tax’s complex yet direct coupling with other taxes, including the gift tax. Estate tax expert. Alexander A. Bove Jr. rightly pointed out in a New York Times article in February, repealing the estate tax is really “like squeezing a balloon.” Bove goes on to explain, “You’re really talking about three taxes that work together as one unified piece of tax planning”; that is why repeal of estate, gift and generation skipping tax should all go hand in hand.

Repealing the gift tax holds true to the same American values that cause voters to reject the death tax in such high numbers.  American taxpayers should not have their earnings subject to double, even sometimes triple taxation. Think about it: The gift tax is imposed on a person’s assets – but these assets have already been taxed at the time of acquisition! The government took its piece of the pie and shouldn’t come for seconds just because you want to give your hard-earned business, or other assets to your family members, friends or anyone else for that matter.

Taxes should not be triggered by a death in the family and Americans should not be forced to make critical life-impacting financial decisions based on the guess work of when a family member is going to die.  If Congress sides with the majority of Americans who say death should not trigger a tax, then it follows that Congress should agree, that a person should not have to wait until their death to pass on their life’s work. Many children, grandchildren, and in-laws work in their family businesses; it is their livelihood. Today, the gift tax can make an orderly leadership transition in a family business financially impossible, deter the business from creating jobs, growing the businesses and contributing to their communities.

There are those who believe, including the Joint Committee on Taxation (JCT) , that the gift tax must stay in place to avoid “income tax revenue leakages.” Their view is that family members will gift their assets to their children, who are in a lower income tax bracket, leading to reduced income tax revenue for the IRS. But in practice this does not happen, because if you gift the asset, it is very hard to get it back. In my 30 years of working with hundreds of families, I do not know of one single case when parents or others, gifted assets with the intention of avoiding income tax to later reclaim the assets.

While several congressional leaders have stepped up to taking leading roles in advocating for death tax repeal, congressional members generally have been less vocal about the necessary inclusion of gift tax repeal. I would press them to listen to some of the heartbreaking stories of their constituents and the families and businesses that have been destroyed by these unfair taxes all for less than 1 percent of government revenues; which is what the tax historically has raised.

When creating a comprehensive tax reform bill that aims to make our tax code simpler, fairer and more competitive, I strongly urge our leaders in Washington to make sure that “repeal of the death tax”, includes all three taxes that have been unified together for decades;  estate, gift and generation skipping. This is the only way to provide consistency and permanency to American families and allow family businesses to operate successfully, add jobs and continue to add value to the communities in which they live and work.

Patricia Soldano is founder of the Policy and Taxation Group, which advocates for free market tax policies.