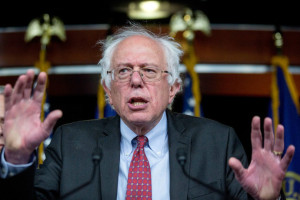 On June 25, U.S. Presidential hopeful Sen. Bernie Sanders (I-VT) presented legislation calling for an across the board hike on federal estate tax rates with the introduction of the “Responsible Estate Tax Act”. Sen. Sanders’ bill is accompanied by a companion bill in the House of Representatives that is being sponsored by Rep. Jan Schakowsky (D-Ill.) and is a rewrite of previous legislation authored by Sen. Sanders in 2010.

The “Responsible Estate Tax Act” calls for a sharp drop of the exemption of individual estates from its current level of $5.43 million to $3.5 million and proposes a progressive estate tax rate that would be 45% for estates valued between $3.5 million and $10 million. The rate on estates worth more than $10 million and below $50 million would be 50%, and the rate on estates worth more than $50 million would be 55%. Additionally, it would implement a surtax of another 10% – for a 65% rate – to be assessed on billionaires. The legislation also would end tax breaks for GRATs and lower the annual exclusion from the gift tax-now set at $14,000 down to $10,000.

While Sen. Sanders’ plan is certainly meant to be a political maneuver to further his campaign’s push for wealth distribution, it is also hard proof that our fight for full repeal is far from over. The estate tax is already becoming a central focus of tax policy after this April’s House vote for full repeal and will continue to be a significant issue as the 2016 elections gear up.

Policy and Taxation Group will continue to stay engaged and play defense on this important development, as family businesses deserve protection from such hostile legislation.

Thank you for your continued support.