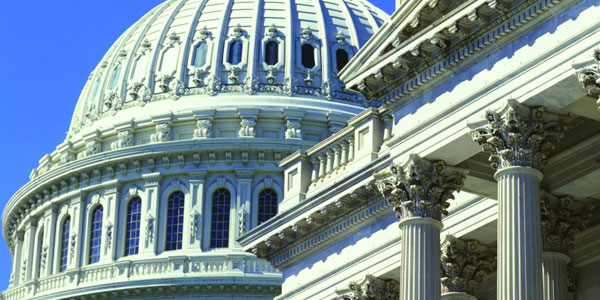 Bloomberg released his tax plan over the weekend, and it would introduce a number of tax increases that would likely result in the candidate himself paying higher taxes. Below, we’ll go through the key parts of the new Bloomberg tax plan. The plan includes a 5 percent surtax on anyone’s income over $5 million a year, a proposal to bump the corporate tax rate from 21 percent to 28 percent, erasing half of the rate cut in the 2017 GOP tax law, and a plan to raise the top rate on individual income back to 39.6 percent. Also among the dozen or so tax increases: scrapping the 20 percent deduction for pass-through income, also installed by the TCJA, and hiking taxes on capital gains. Specifically on the estate tax, Bloomberg’s plan would lower the estate-tax threshold, end stepped-up basis for unrealized capital gains at death, and shut down multiple estate-tax avoidance schemes.

“Bernie Sanders leads Donald Trump in polls, even when you remind people he’s a socialist,” Did Republicans cry wolf on the “s” word?

Trump’s fourth budget doesn’t seem to have anything too out of the ordinary on the tax side. The top line news is probably that the budget assumes that the individual provisions in the GOP tax law, H.R. 1 (115) , that are currently set to expire at the end of 2025 will be successfully extended, as noted by The Wall Street Journal. And equally in line with previous administration thinking: The new budget states that “all administration policies will pay for themselves, including extending tax cut provisions expiring in 2025,” as The Washington Post noted. Also, no sign yet on what to expect from Tax Cuts 2.0…

Andrew Yang, an entrepreneur with no previous political experience who evangelized a universal basic income and warned of the perils of automation, ended his longer-than-long-shot bid for president on Tuesday night after a years-long campaign that endured even as those of members of Congress and governors dropped out. Speaking to supporters inside a ballroom as New Hampshire’s primary results were coming in, Mr. Yang said “endings are hard” and that he had intended to stay in the race until the end. “I am the math guy, and it’s clear from the numbers we’re not going to win this campaign,” he said. “So tonight I’m announcing that I am suspending my campaign.” Mr. Yang had spent considerable time and resources in the state and was banking on the support of its many independent voters. He had signaled in recent interviews and emails to supporters that he would need to vastly outperform expectations in the Granite State for his campaign to continue.

Colorado Sen. Michael Bennet ended his 2020 presidential campaign on Tuesday in a speech to supporters in New Hampshire. “I think it’s fitting for us to end the campaign tonight,” Bennet told a crowd in Concord. He continued: “I really want to say that I appreciate the fact that you gave me a chance here, and you’re giving all the other candidates a chance. I wish all those candidates well that are going beyond New Hampshire.” Bennet said he would support the Democratic nominee for president, and said, “I am going to do absolutely everything I can do as one human being to make sure that Donald Trump is a one-term president.” “It’s not just about who’s in the White House,” Bennet continued. “We’ve got to win a majority in the Senate and I will campaign all over this country to make sure we win that majority in United States Senate.” Bennet’s candidacy sputtered from the outset, with the Colorado senator failing to qualify for the majority of Democratic debates. But the Democrat stuck in the race long after his momentum stalled, turning his operation almost entirely to New Hampshire as it became clear he did not have a path to victory in Iowa.